A yield curve is a graphical representation of the current interest rates. The interest rate varies across the maturity.  The yield curve shows the rate of return that can be locked in now for various terms into the future. The left, vertical Y-axis of the graph shows the YTM that is currently available in the marketplace. The bottom, horizontal X-axis shows the G-Sec maturity. The yield curve is the line connecting YTM across maturities and looks something like this: 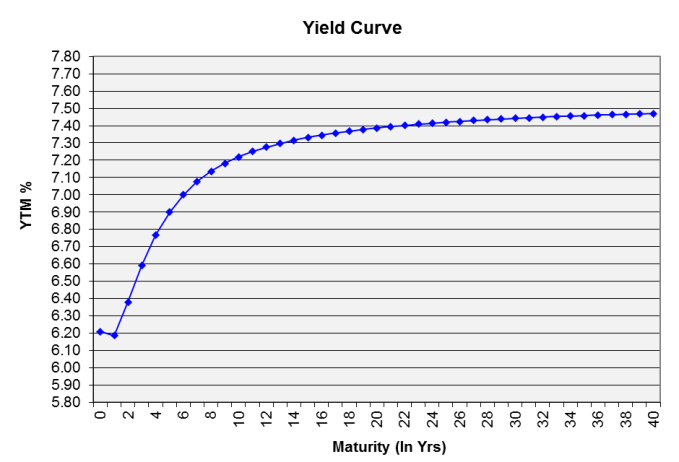 A yield curve can be created for any specific segment of the bond market, from AAA-rated corporate bonds to single-B rated corporate bonds. The G-sec yield curve is the most widely used because G-Sec has no perceived credit risk, which would influence yield levels, and G-sec and T-bill market includes securities of every maturity, from 3 months to 40 years.

As the investor in the Bond, we all know that Yield to maturity reflects the total return an investor receives by holding the bond until it matures. But why the yield curve is important and does it has a predictable power?

And examine the theories and hypotheses that explain the yield curve and the relationship of short, medium and long-term interest rates:

The Shape of the Yield Curve

There is a dynamic relationship between fiscal and monetary developments – government debt and the budget deficit, real output, inflation and the monetary policy rate– and the shape of the yield curves.

A normal, upward-sloping yield curve suggests the economy will grow in the future, and this may lead to higher inflation and higher interest rates. No one will buy longer-term securities without a higher interest rate than those offered by shorter-term securities. A normal yield reflects the easing of monetary policy and easy liquidity. And the economy expected to expand. The upward sloping normal yield curve is the most common shape of the yield curve. 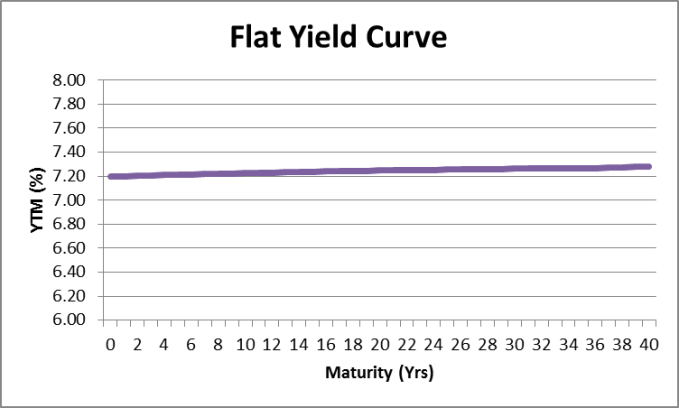 A humped yield curve is a kind of flat yield curve or reflects uncertainty about specific economic policies or conditions, or it may reflect a transition of the yield curve from a normal to inverted or vice versa. 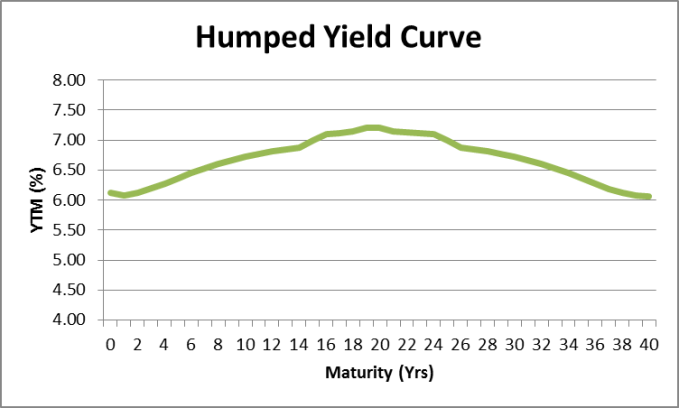