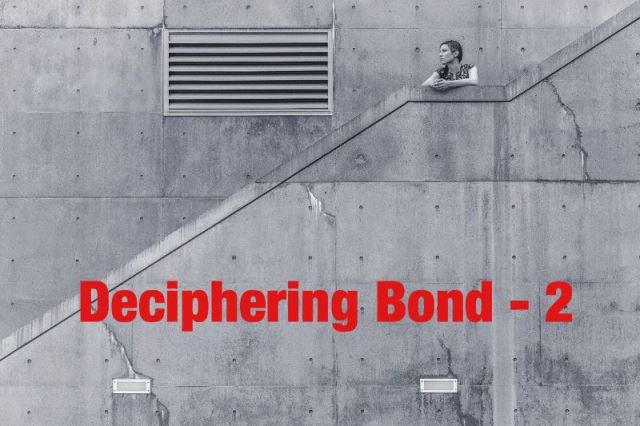 In a country like ours, the bank fixed deposits and government sponsored products like Tax-free bonds, PPF and Post office schemes created an illusion that Debt is risk-free. This is a bit surprising because there were numerous defaults in NBFC FDs, Company deposits, RNBC deposits and chit funds in last two-to-three decades but every such default only strengthens the views that the government sponsored product are high in security and returns and what’s the need to invest in other debt products.

There is another counter view which is gradually catching the imagination of investor is Debt mutual fund. The AUM (Asset under management) of Debt schemes in the Mutual fund industry stands at over Rupees Ten lakh crore as on September 30, 2016. Often there is a great deal of discernment about an investment avenue that brings clueless investors down the wrong path. Investors also have such beliefs for Debt funds that could be partly true at best and misleading at worst. Here we will try to decipher risk associated with investment in Debt, which is equally true for debt mutual funds.

No market-related investment is risk-free, be it equity or debt. While debt funds are not as risky as equity funds, they are not without risks either.

The two prime risks in a debt instrument are the interest rate risk and credit risk.

Let’s assume you purchase a bond from Company ABC. Because bond prices typically fall when interest rates rise, an unexpected increase in interest rates means that your investment could suddenly lose value. If you expect to sell the bond before it matures, this could mean you end up selling the bond for less than you paid for it (a capital loss). Of course, the magnitude of change in the bond price is also affected by the maturity, coupon rate, call option, and other characteristics of the bond.

One common way to measure a bond’s interest rate risk is to calculate its duration.

Credit risk is the likelihood that a bond issuer will not make the interest payments or principal repayment to its bond-holders. It means the issuer may default. All bonds, except for those issued by the government, carry some credit risk. This is one reason why corporate bonds almost always have a higher yield than government bonds.

While the definition of credit risk may be straight forward simple, measuring it is not.  Many factors, like a business loss, poor cash flows, change in business environment, country’s socio-political situation etc can influence an issuer’s credit risk and in varying degrees.

Rating agencies like CRISIL, ICRA, Moody’s and Standard & Poor’s analyse bond offerings in an effort to measure an issuer’s credit risk on a particular security. Their results are published as ratings that investors can track and compare with other issuers.

These ratings range from AAA (the most secure) to D, which means the issuer is already in default.

Rating downgrades generally come from rating agencies. A downgrade from any one of them is a major signal that an issuer is more likely to default on its debt. If a bond is downgraded to a level below investment grade (aka, “junk”), there is often a serious sell off of those bonds, because most institutional investors are forbidden from owning junk bonds.

Ratings have a large influence on the demand for a security. Downgrades (or even rumours of downgrades) tell investors that a security is now believed to be riskier, which may have a negative impact on the security’s price. In turn, downgrades often lead to less trading activity and lowered liquidity.

For example, consider a Company ABC bond with a 10% yield to maturity (YTM). In order for an investor to actually receive the expected yield to maturity, she must reinvest the interest payments she receives at a 10% rate. This is not always possible. If the investor could only reinvest at 8% (say, because market yield fell after the bonds were issued), the investor’s actual return on the bond investment would be lower than expected. This risk becomes more pronounced if issuer has the call option to retire the bond before the maturity.

Inflation risk also called purchasing power risk, is the likelihood that the returns from the Bond won’t be worth as much in the future on account of changes in purchasing power because of inflation.

For example, Rs.1,00,000 in bonds with a 10% coupon might generate enough interest payments for a retiree to live on, but with an annual 5% inflation rate, every Rs.10,000 produced by the portfolio will only be worth Rs.9,523 next year and about Rs.9,070 the year after that. The rising inflation means that the interest payments have less and less purchasing power. And the principal, when it is repaid after several years, will buy substantially less than it did when the investor first purchased the bonds.

Inflation-indexed bonds were designed to provide a hedge against rising prices or inflation. They attempt to address this risk by adjusting their interest rate for inflation to prevent changes in purchasing power.

Liquidity risk is concerned with an investor having to sell a bond below its indicated value, the indication having come from a recent transaction. Liquidity refers to how deep or liquid the market is for a particular security. If the market is deep, an investor can purchase or sell a security at current prices.

The risk that investors may experience issues finding a purchaser when they need to sell and might be compelled to sell at a significant rebate to market value. Liquidity risk is greater for thinly traded securities such as lower-rated bonds, bonds that were part of a small issue, bonds that have recently had their credit rating downgraded or bonds sold by an infrequent issuer. Bonds are generally the most liquid during the period right after issuance when the typical bond has the highest trading volume.